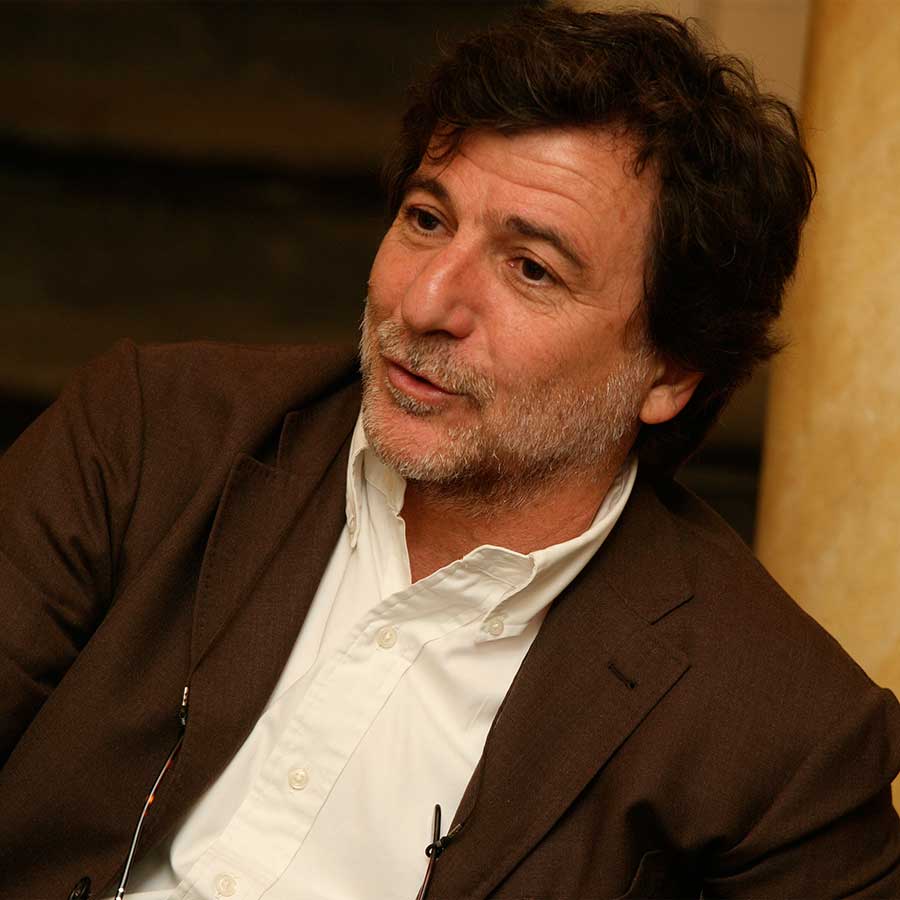 The Beginning: theatre, cinema and opera

From 1976 to 1984, Massimo Luconi collaborated as assistant director and technical and organizational manager with the major figures of italian theatre and cinema. He had important experiences with Luca Ronconi, Eduardo de Filippo, Giancarlo Sepe and Memè Perlini for the stage, while for cinema and opera he had the opportunity to work with Mauro Bolognini and Salvatore Samperi. He has also worked alongside Franco Zeffirelli as assistant director for Otello, Young Toscanini, Sparrow and for the last production of La Traviata at Verona’s Arena.

It was in 1995 that Massimo Luconi began his important experience at the Teatro Metastasio in Prato, where he served as president until 1999, artistic director from 2002 to 2005, and co-director from 2010 to 2015, dealing with the organizational and planning aspects of programming and production.

Since 2012 he has been artistic director of the Radicondoli Festival.

In recent years, and in parallel with his work as a director, he has been involved in teaching: at the University of Bicocca in Milan, and at Progeas in Prato he has held workshops on theatre organization and courses on the craft of acting. He was also the educational director of the Scting School at the Metastasio Theater and of the  Courses for costume designers and light designers. He currently teaches at the CIAS International Center of the Performing Arts “Franco Zeffirelli”, with an Directing Workshop, Training Course.

He has made numerous documentaries and TV investigations for RAI, and has also produced some films on contemporary artists, including Claudio Parmiggiani, Dani Karavan, Jaume Plensa and the Fattoria di Celle environmental art collection.

His latest works include, Pain by M.Duras with Mariangela Melato; Sarabanda, by I. Bergman with Massimo de Francovich, Giuliana Loiodice, Luca Lazzareschi; Antigone, an African story with Senegalese actors; and for Rai Cinema the documentary The Chinese occupation made in Prato.